The Heinz College of Information Systems and Public Policy (Heinz College) at Carnegie Mellon University in Pittsburgh, Pennsylvania, United States is a private graduate college that consists of one of the nation's top-ranked public policy schools—the Network of Schools of Public Policy, Affairs, and Administration-accredited School of Public Policy & Management—and information schools—the School of Information Systems & Management. It is named for the late United States Senator H. John Heinz III (1938-1991) from Pennsylvania. The Heinz College is also a member of the Institute for Information Infrastructure Protection, one of 24 members of the iCaucus leadership of iSchools,[4] and a founding member of the MetroLab Network, a national smart city initiative[5] and New America's Public Interest Technology University Network.[6] 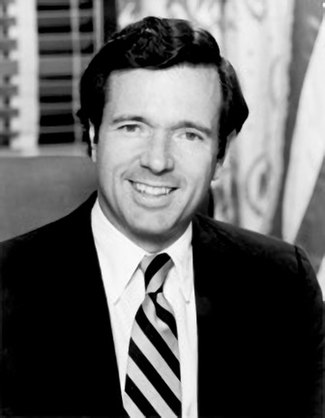 Richard King Mellon and his wife Constance had long been interested in urban and social issues. In 1965, they sponsored a conference on urban problems, in which they began discussions with the University of Pittsburgh and Carnegie Mellon University to create a school focused on public affairs. In 1967, Carnegie Mellon President H. Guyford Stever, Richard M. Cyert, Dean of the Tepper School of Business, and Professors William W. Cooper and Otto Davis met and formed a university-wide committee to discuss creating a school that would train leaders to address complex problems in American urban communities. Davis was asked to draft a proposal to create such a school and focused on applying the Tepper School of Business' pioneering quantitative and skill-based approach to management education as well as technology to public sector problems.

In 1968, William Cooper and Otto Davis presented the final proposal for the School of Urban and Public Affairs (SUPA) to the Richard King Mellon Foundation. The proposal found favor with R. K. Mellon and he became strongly committed to creating such a school. The R. K. Mellon Foundation sent a proposal to President Stever to finance it with an initial grant of $10 million, and on 1 November 1968, President Stever created the School of Urban and Public Affairs with William Cooper as the first dean. The school initially drew much of its faculty from the Tepper School of Business and was based in the Margaret Morrison Carnegie Hall. Eventually, the school became independent of other colleges within the university and moved to its current location in historic Hamburg Hall when the facility was acquired by the university from the U.S. Bureau of Mines. Subsequent Deans include Otto Davis, Brian Berry, Joel A. Tarr, Alfred Blumstein, former Carnegie Mellon Provost Mark Kamlet, Linda C. Babcock, Jeffrey Hunker, Mark Wessel, and current dean Ramayya Krishnan.

In 1992, Teresa Heinz donated a large sum of money to the school, which was then renamed as the H. John Heinz III School of Public Policy and Management in honor of Mrs. Heinz's late husband, Senator H. John Heinz III. Senator Heinz, heir to the H. J. Heinz Company fortune, had been killed when his small private plane crashed one year before.[7]

In 2007, the Heinz School received a grant from the Heinz Foundations that transformed the school into a college and formalized the School of Information Systems & Management alongside the School of Public Policy & Management under the college's administration. The official launch of the H. John Heinz III College of Information Systems and Public Policy was held on October 24, 2008 during Carnegie Mellon's Homecoming weekend and was led by Dean Krishnan, Teresa Heinz, and former United States Secretary of the Treasury Paul O'Neill.[8]

Heinz College is headquartered in Hamburg Hall, a building listed on the National Register of Historic Places and designed by noted Beaux-Arts architect Henry Hornbostel. Hamburg Hall is named for Lester A. Hamburg, an industrialist and philanthropist active in the Pittsburgh Jewish Community.[9] The Heinz College also has a branch campus in Adelaide, South Australia, which offers master's degrees in Public Policy and Management and Information Technology. Heinz College also maintains a North Hollywood center in Los Angeles as part of the jointly administered master's degree program in Entertainment Industry Management, and a center in Washington, DC on Capitol Hill for students in the Public Policy and Management masters program.

Carnegie Mellon is in the process of renovating and expanding the Heinz College's Pittsburgh facilities through a four-phased process across Forbes Avenue from the 2013-announced Tepper Quadrangle. The ultimate plan for Hamburg Hall is to capture new space – approximately 20,000 square feet – by enclosing the courtyard between the rotunda, the East and West Wings, and the adjacent Elliott Dunlap Smith Hall with a soaring glass roof structure. This new space will include a large, multi‐purpose Classroom of the Future, lounges, meeting/study space, and a café. Phase I of renovations and expansion of Hamburg Hall was entirely financed by Heinz College and was completed in September 2013. Heinz College students immediately benefited from convenient access to the new student services and computing services suites. The construction of new career services interview rooms provides up‐to‐date facilities for on‐campus recruiters.[10]

A December 2013 gift from The Heinz Endowments combined with gift commitments from other donors enabled the Heinz College to expedite the final architectural design of Phase II elements, finalize necessary construction planning, commence renovations and expansion, and complete a structure that will add additional value to the college. A new 150-seat auditorium in the courtyard between Hamburg Hall and Smith Hall was constructed, and both levels of the rotunda were transformed into student study and lounge spaces as well as a grand entrance and lobby area, and renamed as the Teresa Heinz Rotunda. The new auditorium allows the college to host high-profile speakers. Further, the west wing of Hamburg Hall now consists of forward-looking classrooms in the space that was vacated by the Engineering Research Accelerator when it moved to the newly constructed Scott Hall. An additional entrance from Forbes Avenue was also constructed.[3][11][12][13]

During Phase III the addition to Hamburg Hall, including a glass roof, end walls, café, and study space, will be constructed. Fire protection and elevator improvements will also be addressed as well as the addition of new classrooms (including designated executive education rooms). The addition of 20,000 square feet to Hamburg Hall will allow the Heinz College to continue to grow student enrollment. This phase is planned for completion by 2017.

The new additions and renovations will be designed to achieve LEED Silver certification.[14][15]

The PhD program in Public Policy and Management at the Heinz College was ranked in the top 5 overall and in the top 3 in faculty research activity by the National Research Council in 2010.[18]

The Medical Management program was ranked 4th by Modern Healthcare Magazine in the 2009 rankings of the top management graduate schools for physician executives.[19]

InformationWeek named the Heinz College's Master in Information Systems Management with Business Intelligence & Data Analytics concentration as one of the top 20 in big data analytics.[20]

The Heinz College was awarded the 2016 UPS George D. Smith Prize by the Institute for Operations Research and the Management Sciences (INFORMS). The Smith Prize recognizes the best academic departments and schools in analytics, management science, and operations research.[21]

The Heinz College has the following schools: